Heathrow Express has been named top of the passenger satisfaction tables for the second time running after passengers scored the service 96% for Overall Satisfaction in the Autumn 2018 National Rail Passenger Survey (NRPS). 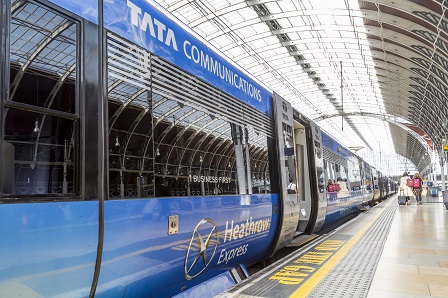 Conducted by independent watchdog Transport Focus, the NRPS collects passengers’ opinions of train services twice a year to create a network-wide picture of satisfaction with UK rail travel. The latest results represent a 5% increase for Heathrow Express compared to Autumn 2017 again placing the airport express service number one in the UK and 18% above the London and South East average Overall Satisfaction score of 78%.

The service, which carries 17,000 people a day with a journey time of 15 minutes between London Paddington and Heathrow Central, received a UK leading 98% for Speed (length of time the journey was scheduled to take) and 96% for Punctuality/reliability.

Customers also scored Heathrow Express WiFi as the most reliable at 74% compared to an average nationally of 33%.

Value for money is also up 5% after the dedicated airport service chose not to increase prices in 2017 or 2018 while continuing to offer advance fares from £5.50 each way at weekends as well as the permanent offer of Kids Go Free for children aged 15 and under.