Foodies often head to London to try the latest eating trend. But what about the famous old dining rooms? Can they still compete? Absolutely! Say food bloggers Niamh Shields and Helen Graves.

The Restaurant at Rules

What’s it like? Opened over 200 years ago, this Covent Garden restaurant became famous for the quality of its ‘porter, pies and oysters’. The decor is as old-school British as it comes (think Downton Abbey meets hunting lodge), with plush furnishings, fireplaces, candlesticks and taxidermy. On the menu you’ll find classic British dishes made with serious attention to detail, like steak and kidney pudding (with optional oysters) and lemon posset. During game season, the traditional roast grouse with game chips is a must-order.
Who goes there? Rules has hosted some artistic heavyweights: Charles Dickens, HG Wells and Laurence Olivier, to name a few. And if it’s good enough for them…
Why we love it: A meal at Rules certainly isn't cheap, but the quality of the service and cooking means the overall experience is good value for money. The bar upstairs is also one of the best in London. 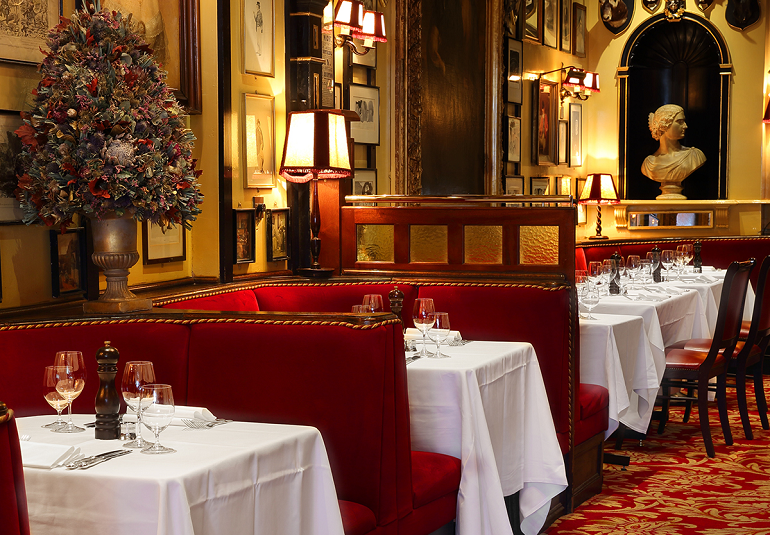 Time stands still at Wilton’s – in the best possible way.

What’s it like? Wilton’s is what optimistic (and rich) people might describe as ‘reassuringly expensive’. The menu is rammed with extravagant dishes, featuring ingredients like caviar, steak, lobster and truffled potatoes. There is a huge amount of cream involved; there are oysters; there is cheese; fondants; soufflés; parfaits and brulées. My only advice? Go very hungry, and with serious intent.
Who goes there? People who know their food and their own minds. Wilton’s is the kind of restaurant patronised by the insatiable and well-heeled.
Why we love it: Wilson’s is so confident in its own classic style it’s impossible not to be impressed. 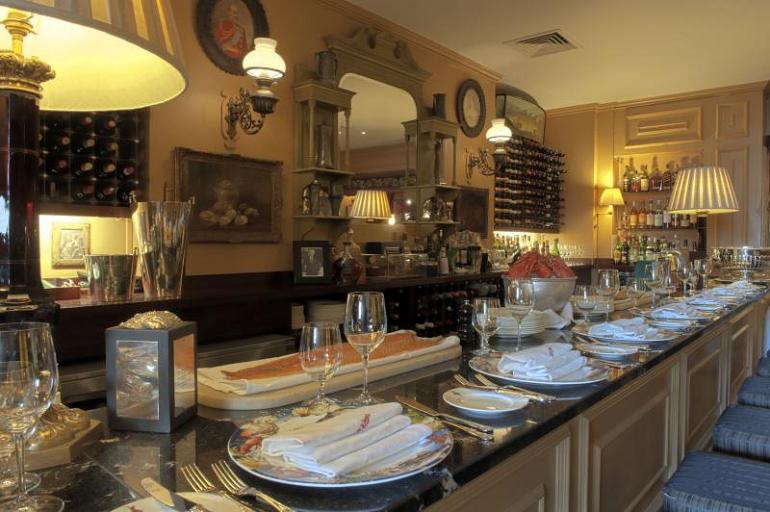 One of London’s most famous restaurants – now re-vamped.

What’s it like? This famous London institution had a major re-design this year; most of the contents were auctioned off for charity and the restaurant re-opened on 1st June. But don’t worry: many of the classic dishes such as the shepherd’s pie and steak remain on the menu – now alongside Asian-influences such as tea-smoked short ribs, from executive chef Gary Lee. Who goes there? Anyone who wants to see and be seen. Why we love it: The Ivy is the whole package; go to enjoy the atmosphere, the history and the swanky new interior, designed by Martin Brudnizki Design Studio. You could also do a lot worse than order the Amalfi lemon panna cotta for dessert. 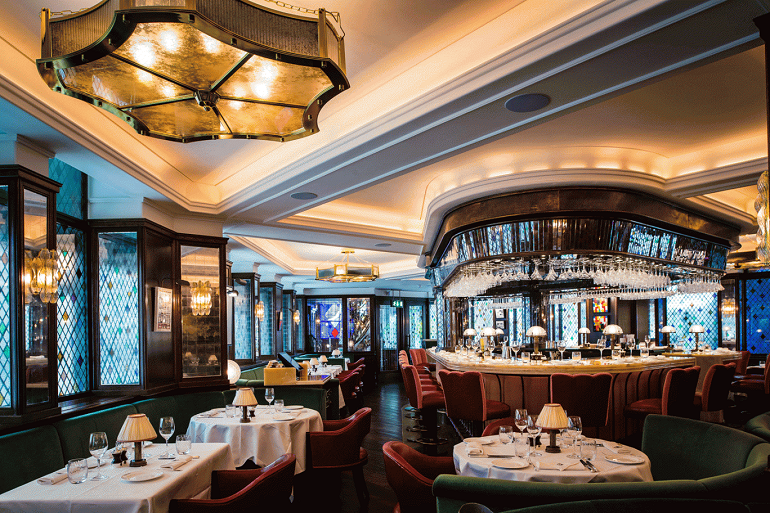 Art Deco Mayfair hotel for those that appreciate great design and food.

What’s it like? Not far from Bond Street’s designer shops, Claridge's offers levels service and attention rarely surpassed. The Foyer and Reading Room are a stunning backdrop (complete with Chihuly light sculpture) to a relaxed and elegant all day menu> Think: superb soups, sandwiches and salads and main courses like cote de boeuf and whole wood roast chicken. Not cheap, but still accessible – and not impossible to get a reservation. There is also Michelin starred Fera from Simon Rogan now – offering innovative and exciting British food (at a price…).Who goes there? Those with a penchant for serious designer shopping – or who like a touch of elegance and great design. Why we love it: Classic, well executed food in the relaxed bright surroundings of one of London's most iconic hotels.

What’s it like? A short trot from Buckingham Palace, this Belgravia standard is still family-owned after more than a century. The Goring has hosted international royalty for coronations and is the only hotel awarded a Royal Warrant for hospitality services. The restaurant is British – but with a twist; showcasing seasonal ingredients and great classic cooking. For a special day, lobster omelette with duck fat chips is the far side of indulgence, or try the beautifully executed beef Wellington. A three course lunch starts from £42.50 – excellent value for the quality of food and the setting..
Who goes there? Royalty and anyone who wants to feel like one, or food lovers who want to indulge in a well-executed classic British menu. The Goring is also family friendly – bring yours, from the tiniest, to the eldest members.
Why we love it: It’s simply an institution – and carries the Queen’s seal of approval. . 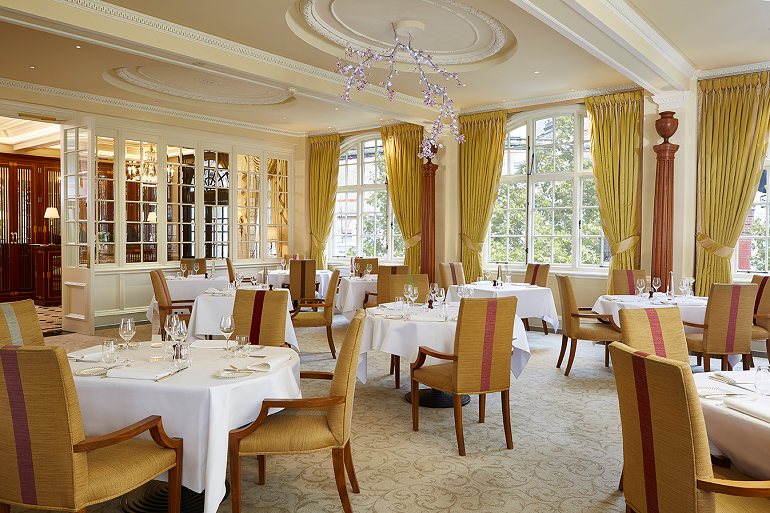 Niamh Shields and Helen Graves are two of London’s top food bloggers. Find out more at www.eatlikeagirl.com and www.helengraves.co.uk