Crispy and comforting, fish & chips is one of the nations best known and most loved dishes. Here we round up our top 5 fish & chip restaurants in London.

Poppie’s is renowned for their authentic fish and chips – and that’s no surprise with born and bred East-end proprietor, Pat ‘Pop’ Newland, at the helm. Pop started out in the fish and chip business 64 years ago, he then founded his own fish and chip shop, lending his name to the first branch of Poppie’s.

This place is a truly authentic, East End gem where you can start your meal with some traditional jellied eels! 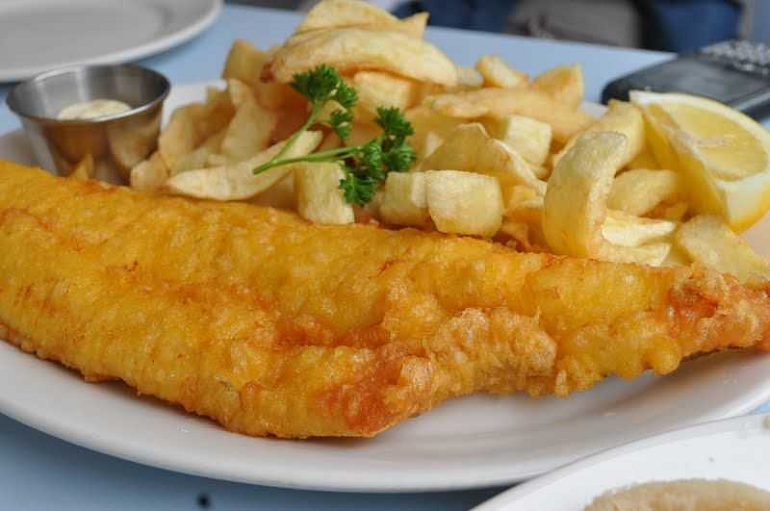 Locations: Spitalfields, right next to the market.

Toff’s first opened its doors in 1968 and has fast become a well-established family business, winning a number of awards for their fish and chips.

Despite its name, dark wood panelled interior and location in Muswell hill; the restaurant prides itself on being friendly and welcoming. In other words, Toff’s isn’t one of those London chippys that’s trying to appeal to Londoners’ after something a bit quirky. Instead all this place is interested in is serving up some of London’s best fish and chips in hearty portions and at a reasonable price.

The menu offers a wide variety of fish from cod to rainbow trout, and in the unlikely event that you are still hungry afterwards, the dessert menus offers a range of traditional English puddings including spotted dick and treacle pudding. 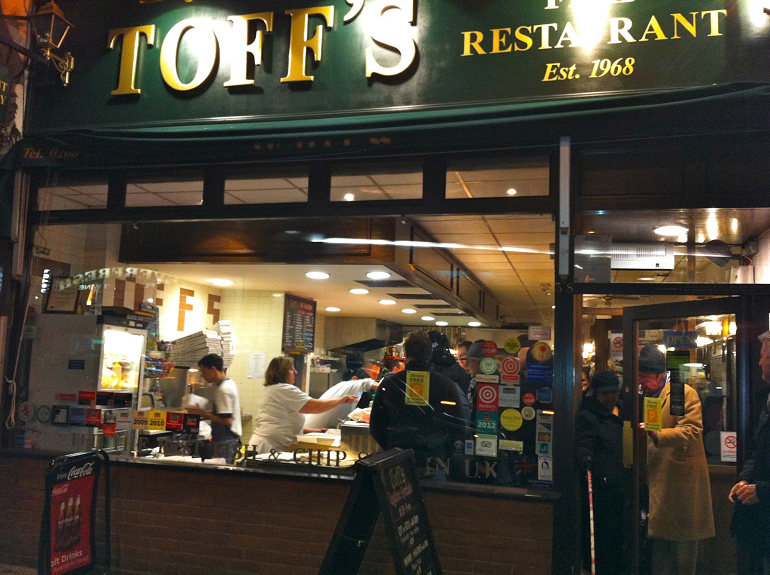 Kerbisher & Malt is hailed as a new breed of contemporary fish and chip shops, and it’s easy to see why many Londoners are flocking to their 5 branches in West and South London.

Kerbisher & Malt manages to cleverly mix a much loved British classic with an element of style, with Heston Blumenthal stating that "K&M takes the very essence of a chippy and just makes it so much better".

So, what is it that makes Kerbisher & Malt stand out from the crowd? It’s their freshly sourced fish (from sustainable sources), twice-cooked chips, handmade salads, mushy peas and batters, great beers and coffees, environmentally friendly packaging and most importantly a nice place to sit down.  If that’s not enough to get your taste buds tingling, then give the fish finger butty a try which has received rave reviews across the board.

Location: Across West and South London

Although more contemporary than Micky’s or Toff’s, Golden Union still serve all the traditional trimmings including pickled eggs and mushy peas. The family who independently own and run the business go out of their way to source the highest quality ingredients and are very open about both their sustainability and their quest to source from British suppliers. This had resulted in their cod and haddock being sourced from Scotland, via suppliers who belong to the Responsible Fishing Scheme. 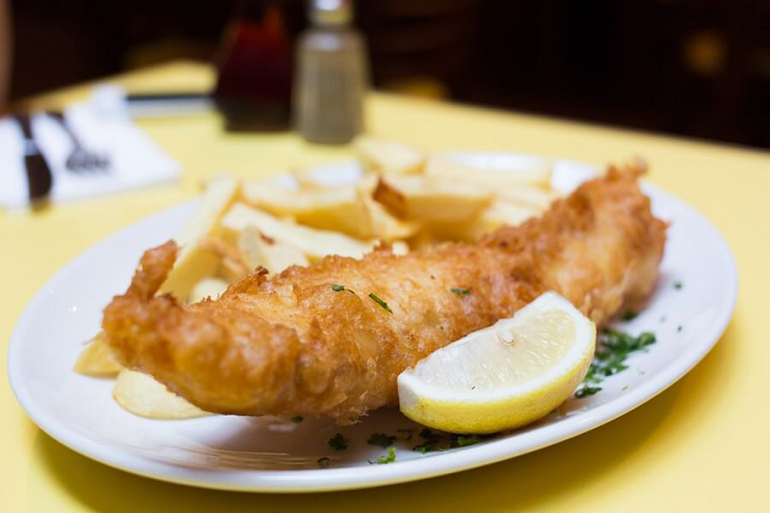