For Brits, few things can beat a plate of pie & mash. In the East End of London the topping of choice is liquor (a savoury parsley sauce) whereas in the northern parts of England its gravy. Give one of these truly traditional shops a go to decide for yourself. While you're there be sure to try the jellied eels too.

Established in 1902 with every single pie still baked freshly & sold the same day. The pastry is hand made and rolled and then filled with fresh beef minced on site, they only use prime cuts of beef. A small amount of gravy is added to each pie before the top layer of pastry is added. The pies are then cooked in traditional stone ovens in large trays. Frequented by the likes of David Beckham, this pie shop has well & truly earned the top spot on our list. 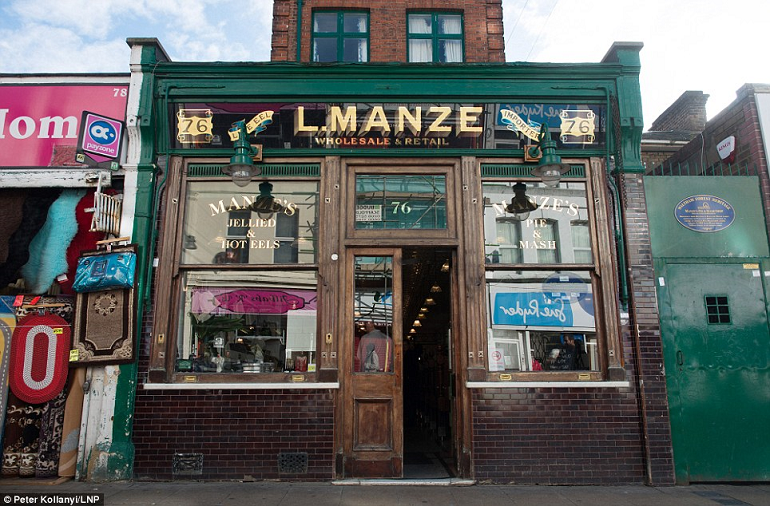 First established in 1914 and a firm East End favourite ever since, a plate of their flavourful steak pie & mash costs just £3.55. If you can’t make it to London you can use their “Postal Pie” service & for super fans they even have their own Pie & Mash club! 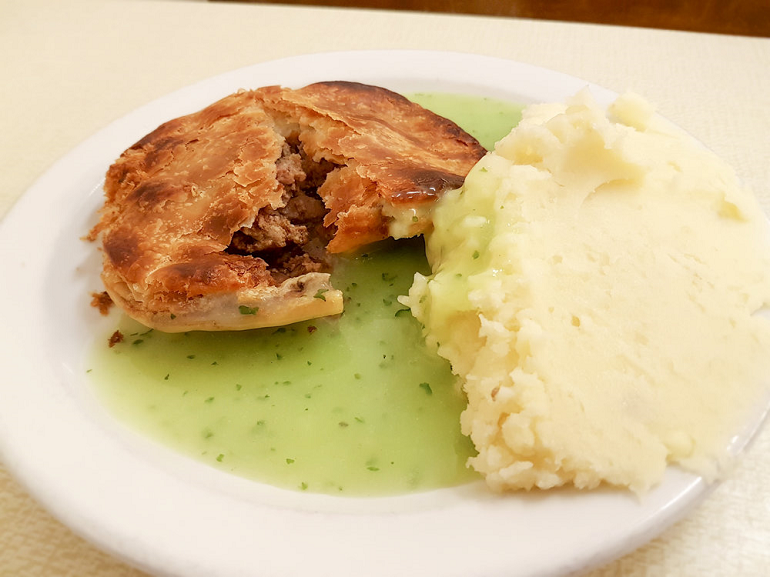 Established in 1937 & another East End favourite serving lovely liquor with juicy beef pies. The pies are hand-made at the in-house bakery using a recipe handed down through four generations. They’re all too aware that most customers don’t know what this green liquid, oddly named “liquor” is & so provide the following information for their customers: “Liquor is a savoury parsley sauce commonly served with traditional London style Pie & Mash. Liquor is not alcoholic” 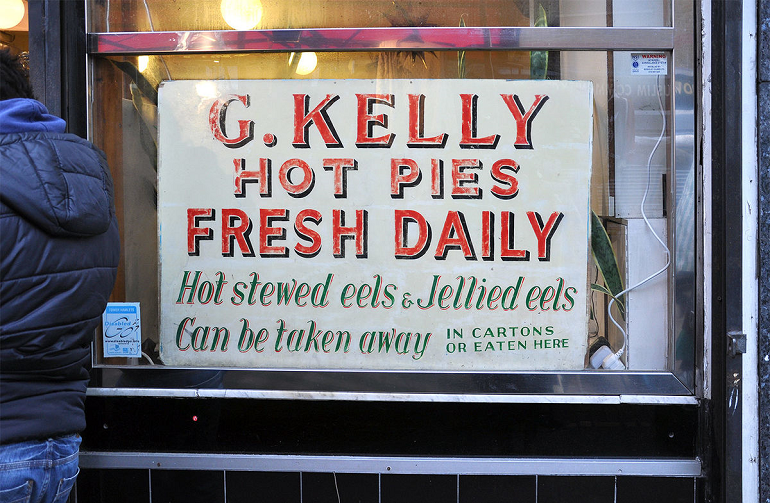 So traditional, they don’t have a website. Located in the west of London, which it has to be said is less traditional, but still serving lovely liquor & jellied eels! A family run business with exceptional service that earns it the fourth spot on our list. 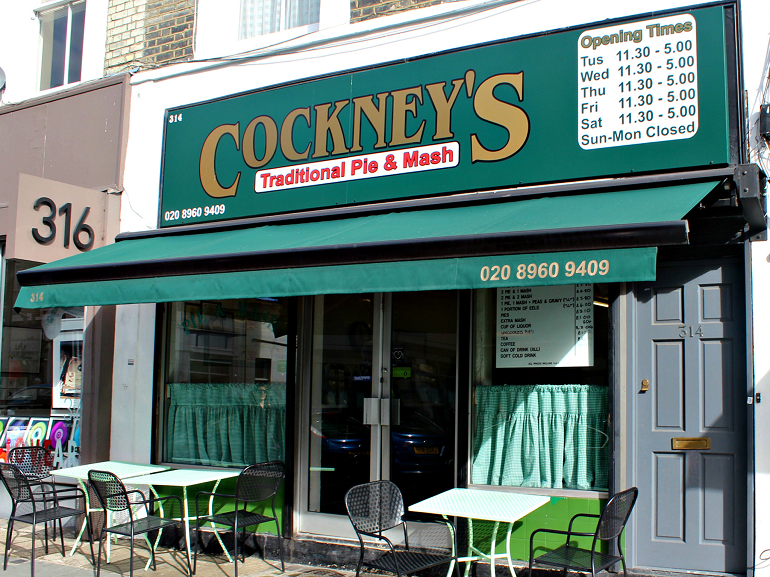 Established in 1934, don’t be fooled by the super simple interior. Like the other places on our list it doesn’t look like much from the outside however they not only offer tasty beef mince pies but plenty of lovely puddings as well including a lovely apple crumble.