More people than ever are peddling the streets of the capital. But which cycling routes open up the soul of the city? Let Andreas from London Cyclist be your guide.

What’s it like?Leave the hustle and bustle behind and ride along the Thames on London’s best cycle superhighway. And with minimum traffic along the route, it’ll be a calm ride. When you reach the Island Gardens, take the underground Greenwich Foot Tunnel to the other side. Lock your bike near the Cutty Sark and grab a picnic or some snacks, then walk to the top of Greenwich Park to the Royal Observatory. Enjoy arguably the best view of London – especially on a summer evening.
Why I love it: If a friend is visiting and I want to give them a tour of London, this is the ride I take them on.
Bike rental: On Your Bike by London Bridge is a good place to rent a hybrid or road bike for the ride

Location: Start near Tower Bridge and follow Cycle Superhighway 3 from Royal Mint Street towards Canary Wharf. Come off CS3 and let the Thames lead the way, all the way to Island Garden. From there take the Greenwich Foot Tunnel across. Return along the South side of the Thames.

What’s it like? Richmond is a cyclist's paradise. Expect hill repeats, beautiful views and plenty of other people on two wheels to share the experience with. A loop of the park is approximately 5 miles (around 8km), so most serious peddlers tend to repeat the ride to get their workout.
Why I love it: With around 600 deer in the park, you always get to see some wildlife along the way.
Bike rental: Try the cycle hire shop just outside the Richmond Train Station. Alternatively, On Your Bike by London Bridge hires out road bikes for approximately  £49 for four days. 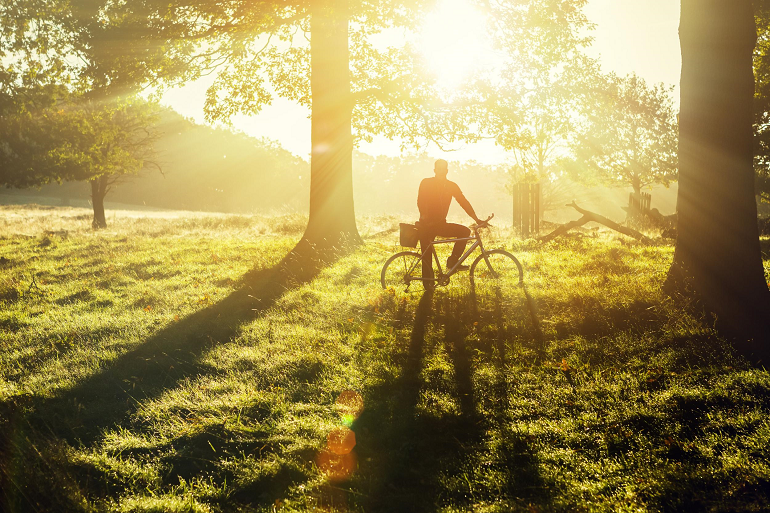 Location: The park is a short ride to the south-east of Richmond train station.

What’s it like? Established in 1988, the Wandle Trail is a cycling and walking route that follows the River Wandle – making for a perfect, largely traffic-free ride with kids. Plus, along the way you’ll see a working waterwheel mill.
Why I love it: You are surrounded by greenery almost the entire ride. Drop the pace as this is a really relaxing cycle: you won’t hear much, other than the gentle stream rolling by.
Bike rental: There are no cycle hire shops near the trail, but Go Pedal will deliver the bikes you need to your location.

Location: The trail starts at East Croydon Station and ends by the Thames near Wandsworth Town Station.

What’s it like? If you find yourself in central London with only a couple of hours to spare, I highly recommend a short loop around Hyde Park, along the designated cycle lanes. And there’s always a Santander cycle hire docking station. nearby.
Why I love it: Hyde Park connects some of the most beautiful parts of London and it’s a great spot for people watching. On the north side is a Victorian era pet cemetery – take a peek through the railings. The inscriptions on the tiny gravestones speak of the love Victorians had for their pets.
Bike rental: Simply pay at the nearest cycle hire docking station with a credit or debit card. There’s an access charge each time, plus a sliding fee depending on how long you use your bike (but under 30 minutes is free!). For more information about Santander Cycles, see the Transport for London website. 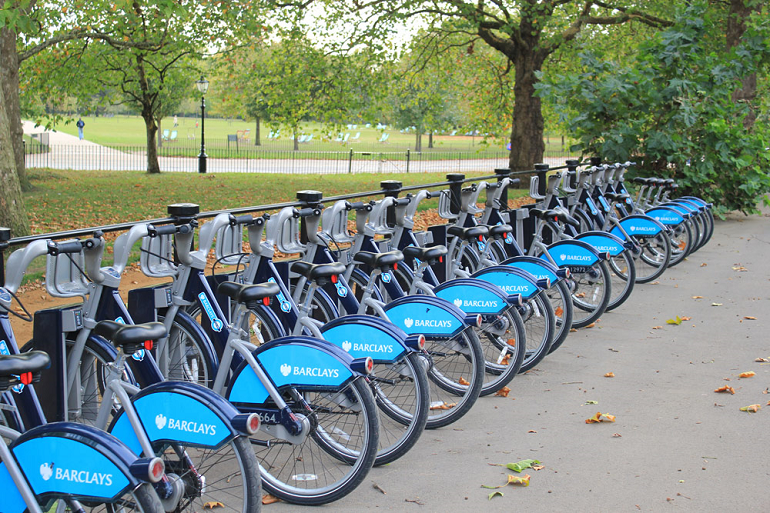 Location: I like starting the loop from Marble Arch.

What’s it like? See another side of London by travelling around the city using the canal towpaths. Join the canal near Camden Market and follow it towards Kings Cross and beyond. Expect graffiti, greenery, interesting canal boats and plenty of enticing spots to linger along the way.
Why I love it: London’s industrial past is revealed all along this beautiful ride. From rusting gas holders, to worn out warehouse bricks; it’s all very picturesque.
Bike rental: There are Santander Cycle docking stations in Camden and close to large parts of the canal. 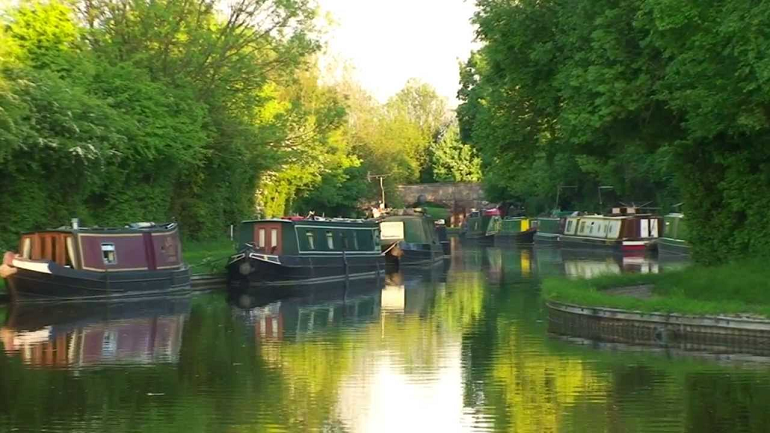 Location : Head to Camden Market and you’ll find the canal nearby. The path is shared with pedestrians so be prepared to slow down and walk your bike at points.

Visit the London Cyclist Blog for more cycle route suggestions and tips for cycling in London.